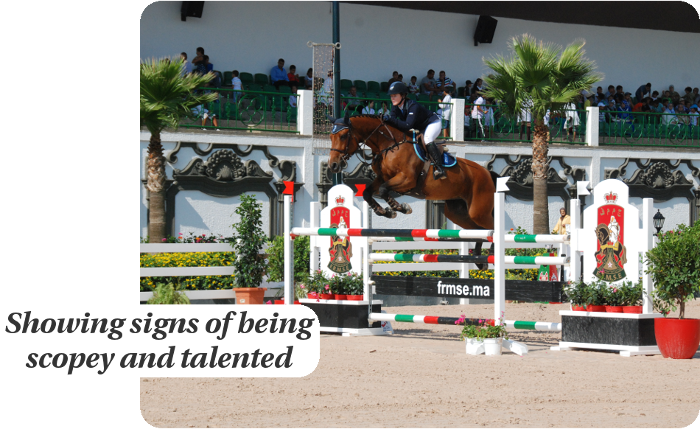 This mare is a recent addition to the WKD team and has already made her mark - jumping clear everyday for the two weeks of Valkenswaard Global Championes Tour in August. She was placed in Auvers 2 and in the ladies Grand grand Prix in Arezzo 3 in September. She is showing signs of being extremely scopey and talented and we have big hopes for this mare. 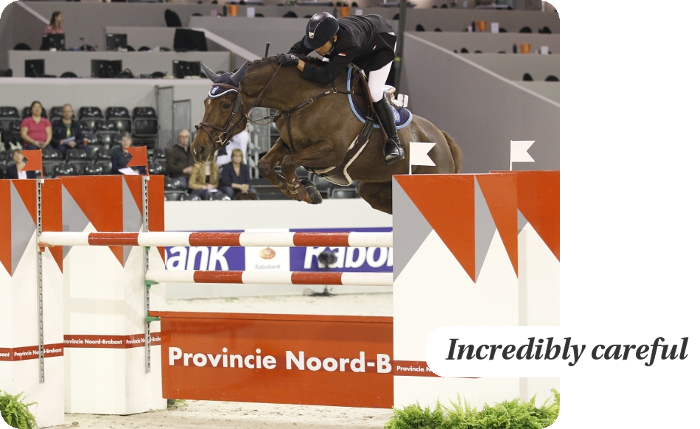 Her results in the 7 year old classes this year make her easily one of europes top 7 year olds.

Among many results she won two of the jump off classes for 7 years in Villamoura at the start of the year and was placed everytime she competed during the four week tour - including the final. She then qualified for the 7 yr old international class at Royal Dublin Horse Show in August where a time fault kept her from the final.

She then went on to win the young horse final at Valkenswaard global tour show in August - past winners including such talents as Talan and Verdi who have since go on to top success internationally at nations cup level. She recently competed at Arezzo 3* show where she clocked up many results including 2nd and 6th in the final.

This mare is incredibly careful - very rarely touching a pole and always in the ribbons - she is fast, quick and has a heart like a lion. Her next outing is at the world championships in Lanaken - watch this space!!.....